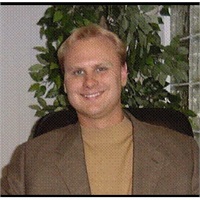 Mr. Sides co-founded Elledge, Bain, Sides, LLC (EBS Wealth Management) in the fall of 2010 and works with clients on a daily basis in addition to his role as the firm's Chief Operating Officer.  Prior to EBS, he co-founded Synergy Investment Group, a dually registered Independent Broker-Dealer and Registered Investment Advisor, in June 1999 and served as the firm’s National Sales Director until October 2010. In addition, from 2007 to October 2010, he also served as Chief Operating Officer of JBS Liberty Securities, Inc. (previously Centura Securities) an affiliated broker-dealer that was acquired in 2007 from RBC. Prior to his executive roles at Synergy and JBS, he worked as an Investment Advisor at Linsco/Private Ledger. His initial experience came from Olde Discount, which he joined in 1995 after receiving a Bachelor of Arts in Accounting and a Bachelor of Arts in Business Management, with a concentration in Finance, from North Carolina State University. While at Synergy Mr. Sides served as the firm’s Registered Options Principal, Series 4. He also holds his Series 7, 24, 52, 55, 63 and 65 licenses in addition to a life, accident and health insurance license. Mr. Sides resides with his wife, Joy, in Denver, North Carolina.