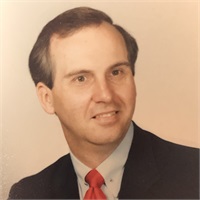 Mr. Elledge co-founded Elledge, Bain, Sides, LLC (EBS Wealth Management) in the fall of 2010 with Tim Bain and Eric Sides as a spinoff from Elledge Group, Inc. which he founded in 1997.  While he has reduced the time he spends in day to day operations, he is still involved as President & Chairman of the company.  Prior to EBS,  he founded Elledge Group, Inc., a million dollar insurance agency  that he established from the purchase of Webb Life & Financial Services.  In 2000,  he added a real estate agency and development company to the operation.  Mr. Elledge has over 47 years of industry experience. Prior to his roles at Elledge Group, Inc. and EBS he was President and  Chief Operating Officer of Webb Life & Financial Services; and before that he established Elledge Planning Group, a Marketing General Agent for Integon Life Insurance Corporation. His initial experience came from being a life insurance representative for Jefferson Standard Life Insurance and a general agent for a number of other major life insurance companies.  Mr. Elledge entered the insurance and financial services industry after working in accounting at Appalachian State University where he worked after graduating Magna Cum Laude from the University. At Appalachian he received his Bachelor of Science in Business and Economics in 1970 as well as his Masters in Business and Economics in 1972.  He obtained the CLU designation from The American College in 1979 and also holds Series 6 and 63 licenses in addition to life, accident and health insurance licenses. He has received numerous company and industry awards and  is a lifetime member of the Million Dollar Round Table having also received Top of the Table award a number of times.  Mr. Elledge currently resides in Boone, North Carolina.