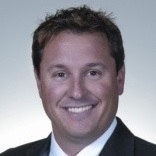 Mr. Bain co-founded Elledge, Bain, Sides, LLC (EBS Wealth Management) in the fall of 2010 and works with clients on a daily basis as a financial advisor in addition to his role as the firm's Chief Financial Officer.  Prior to EBS,  he co-founded Synergy Investment Group, a dually registered Independent Broker-Dealer and Registered Investment Advisor, in June 1999 and served as the firm’s Chief Operating Officer and Chief Financial Officer until October 2010. In addition, from 2007 to October 2010, he also served as President of JBS Liberty Securities, Inc. (previously Centura Securities) an affiliated broker-dealer that was acquired in 2007 from RBC. Mr. Bain has over 25 years of industry experience. Prior to his executive roles at both Synergy and JBS, he worked as an Investment Advisor at Linsco/Private Ledger while his initial experience came from Edward Jones where he built and ran a profitable office until 1997. Mr. Bain entered the financial services industry when he joined Edward Jones in 1994 after graduating Magna Cum Laude from North Carolina State University where he received his Bachelor of Science in Economics and Bachelor of Arts in Business Management. While at Synergy Mr. Bain served as the firm’s Financial Operations Principal, Series 27 and Municipal Securities Principal, Series 53. He also holds the Series 7, 24, 55, 63 and 65 licenses in addition to a life, accident and health insurance license. Mr. Bain resides with his wife, Heather in Denver, North Carolina and has two children, Hannah and Connor.  Hannah is a recent graduate of North Carolina State University, graduating Suma Cum Laude with three degrees while Connor is a Sophomore double majoring at North Carolina State University.